Removing the Human Factor is Not Total – Part 1 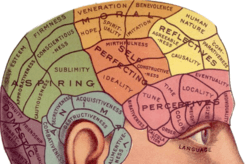 I start with an apology for missing very consistently my own objective to post on a more frequent basis. Amazing how easy it becomes when “I” get in the way of achieving “my” objectives. In my own defense, I have been working diligently on the MJF1 Partners’ auto trader. I’m excited to bring it to theTrade Room where I’m already testing it in real time. The results are exciting.

Get the picture? To be successful in trading you really can’t care about the “who, what, where, when or why.” Remember it’s only a number. And many relevant numbers are being processed simultaneously and disseminated to massive amounts of servers across the globe operating algorithms written by MIT graduates. The amount of $’s flying around the world in need of a temporary resting place is substantial. And at the moment, the sheer volumes bring opportunities some will say come every 4 years as the battle for political control in the U.S. continues in a perpetual state of transition. Having the right mindset has become critical to succeeding. Getting caught up in all the hubris taking place within the current election cycle is important to pay attention to, but don’t fall into that abyss.

I don’t have an opinion of the markets that I choose to trade. For the most part, I’ve stopped thinking about the necessity to understand what fair value for the underlying should or shouldn’t be. I think of “cents” instead of the “dollars” and the probability and random variable theory as measured by volatility.

As I’ve previously discussed, anticipating versus participating becomes heavily favored towards participating. Opportunities are abundant across a wide variety of tradeable markets and are likely to remain in their various forms of “transition” through the balance of 2016. It isn’t easy to just step into a market that you haven’t traded before based purely on computer generated signals. But when trading in tune with the volatile price swings, the rewards are extremely encouraging. While there are “traders” in all of us the concept of “removing the human factor” can’t be total. The input will always be traceable back to a human being. Therefore, I’ve had to embrace the 21st century and abandon the reality of the trading floor and accept the realities of a virtual trading floor, which is, for the most part anonymous.

I am resolved in accepting the direction that my trading has taken by shifting from primarily trading options to primarily trading futures. Since I’ve kept close tabs on the “economic pecking order” and with, interest rates sitting at the top from which everything else flows into and out of, I’ve been able to get comfortable trading futures. Currently in “pecking order” this includes futures on bonds, US$/EUR, (6E), precious metals, and stock indices. I’m looking to re-engage trading within the forex markets as well.

The discussion will continue.