Poor Excuse of a Rally & Worst Selloff Ever Seen

It is Friday the end of a holiday shortened week, the last May expiration, and another notch in the string of new all time highs for the SPX. Shrinking volumes left trade choices limited leaving it being “A not much to trade type of day.”   For me it brought back a flood of memories of dealing with slow days at the end of a move.   As a floor trader, standing in a pit, usually shoulder to shoulder with dozens of other traders on a day that doesn’t provide much in the way of trading and a position that got eaten away at by both direction and time decay.  Ouch, the anxiety rode high for many. 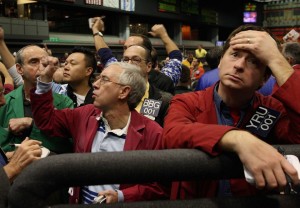 As the SPX pulled off another new all time high on Friday I was reminded of what was considered a ‘dubious’ position to be in, that being either buying the top or selling the bottom.  There you were standing in the crowd with the market slowing inching higher and higher.  Everyone basically has the same position on being biased to a direction as the market creeps against him or her.  It becomes a matter of who has the greater ‘pain threshold’ and the ability to take the heat. 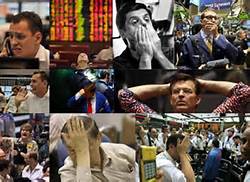 With the aforementioned in mind there was the dreaded anxious feeling of being the buyer of the ‘top’ tick or the seller of the ‘bottom’ tick.  Of having your ‘picture’ attached to that level as the crowd around you reminded you of the blunder, the ‘panic’ trade – the anguished contorted pain-ridden face being forever embossed into the memories of all your ‘crowd mates’.

There was usually one trader in the crowd who was recalcitrant and graveolent from riding 5 miles to work wearing a glaucescent taglioni like tarpaulin who always bullied their way into trades and got up into your face just to challenge the spot you were standing in.  (My homage, (italics), to this year’s Scripps National Spelling Bee winners)

As a result of being on the receiving end once or twice, (ok – maybe three or four); I began to develop a stronger ‘skin’ to selling new all time highs.  I think it must be in the blood of every contrarian trader to sell first and buy last.   It would be rare to buy at new lows because the general assumption was most options premium was predestined to go to zero.  Selling therefore was the more reliable play. 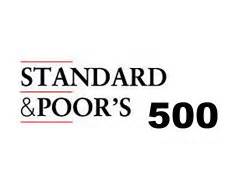 So here we are back on Friday with the SPX inching higher, fair value is contracting, it’s Friday and that brings in some additional premium selling to cover the weekend contraction.  With not much to trade I wandered over to the e-mini as the market moved towards new highs and threw out an offer or two.  I am pleased to say that I caught it successfully in selling 1919.25 (for a quick 2 points) and then a bit later selling 1920.25 for a quick turn of less than 1 point as the market pushed even higher into the close.  I enjoyed the moment. 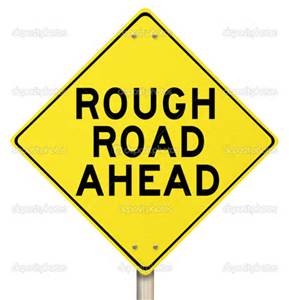 Don’t be lulled into complacency while the markets seemingly ignore every warning sign known to mankind.  The extend of the extreme in terms of price does not mitigate the additional necessity of stepping back and wondering if the current level is sustainable.  Of what it will take to support it.  Who has the means to support it – in order to further the cause whether it be from an ideology of the global economies turning the corner and moving higher with renewed strength or from it is an exhaustion rally, and new money is not being pumped into it and the need for additional capital, in very large amounts could become one sided.  What I mean by that is at the moment it appears to be the same money being rotated around between sectors and it is becoming a little tattered and worn out. 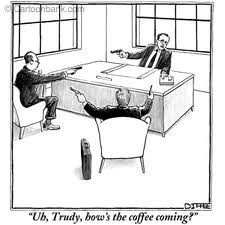 It’s a typical standoff, where those still long are waiting for that perfect point to sell – and honestly I’m not completely clear on that strategy.  Those deep pockets that are short are holding firm to the pot-odds swinging heavily in their favor that the bull is exhausted yet again and the pendulum may begin picking up more momentum as it continues to build in the opposite direction.

Once again, we have arrived at extreme overbought levels.  Yes, we have seen them before several times actually.  Each time though the market does eventually relieve the strain.  What is important to remember is that each ‘new’ high brings a higher degree, in terms of size, and duration of correction that would be needed to relieve the overbought by replacing with an oversold condition. 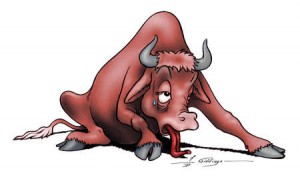 The most dependable sign of reaching an exhaustion extreme (overbought or oversold) is the decline in volumes.  That usually comes as the ratio of buyers to sellers, balloons in favor of the buyers in a bull market and the sellers in a bear market – as if there remains safety in numbers for perpetuity.  Eventually the crowd thins out leaving the unsuspecting and deceived to weak to keep the party going. 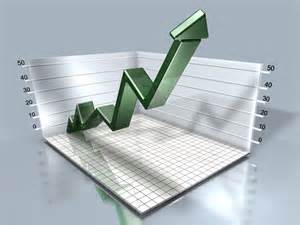 Another dependable sign of an overbought extreme would be the extreme oversold exhaustion within the volatility instruments.  The VIX and other volatility indexes and ETFs are reaching new contract lows and the broader equity indexes reach new contract and all time highs.  The ‘fear’ factor aka complacency is not something to ignore.  Being short premium will likely take out many as short puts explode and there are no sellers to be found.

Currently the fate of the rally has been again tossed onto the shoulders of AAPL, AMZN, FB, GOOG, LNKD, CRM, NFLX, PCLN, TSLA, TWTR, and MSFT.  The capital rotation may be near its end in which case we are likely going to see a new ‘flavor of the month’ likely begin as the markets begin to focus on June expiration.  I continue to favor low volatility strategies for options positions. Long put verticals and calendar spreads have become attractive.  More experienced traders can look into selling the higher IV ranked put verticals (out of the money) on stocks that have been beaten down already and will likely favor a capital inflow when the next rotation kicks in. 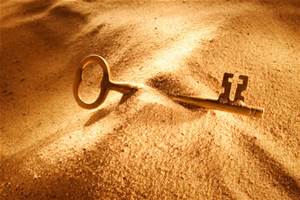 Trading the number remains key to being able to reduce and separate the “noise” from opportunity.  This takes knowing and executing a well-defined strategy and allows you to see opportunities amongst the “chaos” and by trusting the mechanics of your strategy, be able to take advantage of them.

Opportunity continues to knock on our doors.  While it doesn’t come without risk, risk can be defined and more manageable. Volatility and broad moves are exactly what a day trader desires and being able to respond without questioning is a luxury many are unaware of.

Tuesday’s trade continues to support the completion of Intermediate wave 2.  While I can’t END_OF_DOCUMENT_TOKEN_TO_BE_REPLACED