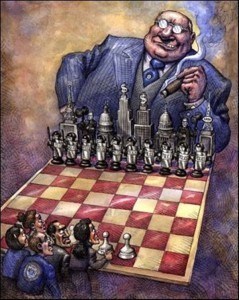 I’m not sure what the BofA analyst is saying regarding China’s FX reserve numbers.  They reported a drop of $99.5 billion and that ‘kicked the can’ down the road for the US dollar for the time being.   There was a major shift of capital back into treasuries and out of equities and some commodities.  However, it would appear that while the Chinese Central Bank is attempting to pass the hot potato back to the dollar by defending the Yuan.  At the same time though with so many moving parts it is difficult to tell how severe the burns are.  The chain from the Yuan to the U.S. dollar and back can get tossed between several markets and sectors before it ends up back at the central banks.

Without a doubt, we are seeing some very high stakes being played out on an international monetary scale.  It would seem that to shift out of U.S. dollar positions has taken precedence and is more important than extending the stability of the global economy’s leader or number two is bound and determined to push itself into the number one position.   How that then transcends from one market to the next should always lead back to the currencies of the two major players, the U.S. and China.  At the moment, the pecking order remains fairly in line with the chart from last week, although I would lean more towards the top three being the U.S., China, and the EU.

Back to the markets responses to the China FX reserve number. While we wait for the interested parties to figure out how to prop up their economies without upsetting the proverbial “apple cart” there are more opportunities to trade than this mere human can keep track of — it has become essential to have a solid ‘auto-trader’ that performs for the better part – flawlessly.  Without it, I remain committed to the discussion of trading without emotions and operating with a tested and trusted signal generator. And without a less than expected number from China, the equity markets, of course, continued on their current trajectory with sudden and in some cases “Sid Vicious” turns.  It remains to be seen as to whether China will be able to reel in the mass exodus of reserve currencies.  At the moment the harder they attempt to prop up the yuan through the front door, by selling U.S. dollar reserves that are leaving out the back door and being moved back into the U.S. markets hand over fist!  The illusion remains that the U.S. has the best promise of a return.  The game remains afoot.