Humility is a Learned Virtue

There are days when the markets are likely overwhelmed by the extreme flood of data flowing in and out.  The type of day when sudden and extreme moves paint 50 bars in all directions all at once on your chart, that happens to be hooked up to its own algorithm to generate buy and sell signals, which get fired off in succession, creating varying intensities of magnitude.  It continues to become apparent to me that actual market experience of knowing how to trade may be lacking.  Reactions are often nothing more than computer operators forgetting to turn off the algorithm before major economic news is released.  That was Crude today

Imagine then the algorithms that are triggered into action according to the movement of a multitude of indicators, chart styles, time frames, other markets (sometimes related and most of the time well maybe) and whatever else could trigger a buy or sell order.  That has been several of the markets lately. Out of the bunch that I am more prone to trade, crude, ($CL) and the S&P, ($ES) were front and center on Thursday.

Now for the humility lesson: I as many already know run a trade room – we are a small group of hard working folks trading crude, the ES, and YM primarily – and we focus on trading.  We are focused on signals, market awareness, and personal awareness. When any of the three aforementioned “traits” gets skewed it takes additional knowledge – to know when to hold them and know when to fold and reverse them.  That more often than not is to understand your “opponent.”  Oh, in addition, there are many, many, many “opponents.”  Not to drive any nails here, but the level of trading experience or maybe better said the level of understanding of how to actually “trade” appears to be lacking at times.   To the point in crude today, I ran into algorithms firing off larger buy orders that swung prices radically higher.  An algorithm doesn’t look before it leaps – they never have.  It just receives the order to buy 250 futures and proceeds to execute.  Now, today was even more “inexperienced”, mainly because I have to think the “coder” sitting in front of the computer didn’t realize that they just paid too much.  After hitting the “off” button or the order was butchered getting filled there was a multitude of sell orders that cascaded the market lower as hundreds of contracts traded. My main signal generator is very sensitive to momentum and fires more quickly from buy to sell and vice versa. Using a tighter stop with a more sensitive signal generator can create a fast sequence of losses. Knowing when to take risk or reduce it is critical to holding a winner or cutting a loser.  By the same token knowing when to fire an order to be more effective is just as important to holding a winner or cutting a loser.

So, today by the fourth time another algorithm triggered my stop caused an emotional chain reaction in me. One that included pounding said desktop, cussing at said screens, throwing of said tantrums.  Thankfully there was just one other very understanding member there to witness the scene.  I’m grateful to have had the experience of being able to explain what NOT to do as well as what to do.  As painful as it can be the cure is to reaccess your signals, market awareness, and at times most importantly your personal awareness.  Whether that entails continuing to trade, taking a break, or stopping for the day. 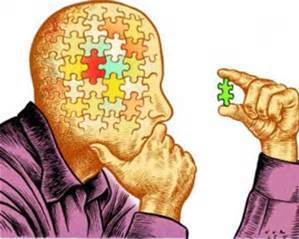 Getting into the habit of continually checking in on your personal awareness is critical to being able to participate and not anticipate.  Of being able to not fall prey to self or otherwise perceived market “bad trading”.  I don’t believe it is impossible to trade a smaller account in crude, the S&P or even the bonds.  You just need to be able to swing with the “extensions” or “late comer” type moves.  The market doesn’t need to adhere to my thoughts on direction, that will happen on its own.  However, I do need to remain focused and in tune with what is happening and not worry about the intraday hiccups by other algorithms.  As long as my signal generators continue to fire I know the probability of being in the market when the larger moves take place is very high.

Ok, so the “moral” of the post.  I let my emotions get in the way of staying in the market and therefore, gave the broker more than I gave myself.  In my book, that can be a big ‘no-no.’  Acceptable, of course.  Consistent not a good trade. Particularly when the result that occurred after my tirade against ” damn inexperienced algorithms” resulted in a net gain of 105 ticks or $1050 per contract.  If this happens to you, please do the right thing.  Pick yourself up realize where the problem arose from – take the appropriate actions to remedy things and then decide what is next.  If your choice is to stop trading remember that what ever happens after is important but only as a strong example of staying in the game!  Not allowing your focus to be crushed by yourself.