Are We There Yet? – Update for the NQ 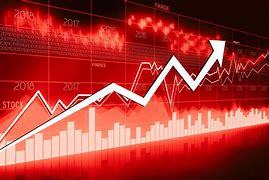 The NQ remains in an uptrend and continues to be in what is best viewed as the finishing moves to complete the advance that began off of the March 2020 lows.  In my humble opinion it has been a wild ride against the odds. In March of 2020 the NQ lost 38% of its value in three weeks and in the next 11 months it has gained 109%. The bullish run has taken place in the face of a global pandemic that has sickened over 27 million people and killed close to 500,000 in the US.  An economy that has left most of the population struggling to make ends meet with millions remaining unemployed.  Cities and states across the US attempt to reopen their economies only to face persistent surges of COVID-19 and continued shut downs. 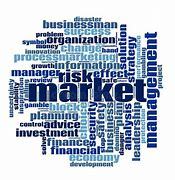 As the new administration moves quickly to repair and restore much of the damage primarily created over the previous year by putting additional massive stimulus packages in place a cloud of uncertainty continues to hang over many.  So where do we go from here?  That seems to be the $2 trillion question. The markets are pushing into extreme overbought readings that haven’t been able to control and contain the advance. As volumes continue to shrink prices surge more than likely caused by short squeezes rippling across several stocks.  Crypto currencies have surged to new highs as Elon Musk, Jack Dorsey and others jump on board the virtual currency train.  Precious metals are again seeing strong interest as “safe havens” for cash.  The tech sector continues to produce new billionaires as IPOs hit the street.  So what should we expect for the coming months?  Continuing relies to new all time highs?  A crash or two? Some type of correction – 38%, 50% or more?

I have come to rely on the Elliott Wave Principle and the Fibonacci number sequence to bring order and symmetry to my world of trading.  Over the years I have found it to be an extremely valuable tool in determining the potential for any bull or bear market move. 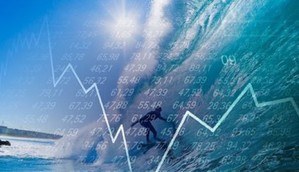 The Elliott Wave principle is a form of technical analysis that finance traders use to analyze financial market cycles and forecast market trends by identifying extremes in investor psychology.  Ralph Nelson Elliott discovered the underlying social principles and developed the analytical tools in the 1930s. He proposed that market prices unfold in recognizable patterns or waves. Elliott published his theory of market behavior in 1938.  In 1939 a series of  articles was published in Financial World magazine. Elliott then covered it most comprehensively in his final major work, Nature’s Laws: The Secret of the Universe in 1946. Elliott stated that “because man is subject to rhythmical procedure, calculations having to do with his activities can be projected far into the future with a justification and certainty heretofore unattainable.”

In Elliott’s model, market prices alternate between an impulsive and a corrective phase and form building blocks on all time scales of trend.  Impulses waves subdivide into a set of 5 waves, alternating between impulse and corrective, so that waves 1, 3, and 5 are impulses, and waves 2 and 4 are corrective. Corrective waves subdivide into 3 waves.

The classification of a wave at any particular degree can vary.

In December I presented the Monthly chart for the NQ with my Elliott Wave count up to that point. The pattern in force required additional upside to complete the Cycle level waves I and II (red) are complete with wave III in force off of the 2008 low.  With in Cycle wave III, Primary waves 1-4 (green) were complete at the March 2020 low, with the final Primary wave 5 beginning to unfold.  It is within this wave that I have broken the count down into each subcomponent as follows:

Primary wave 5 will break down into 5 waves of Intermediate degree which are numbered 1-5 (yellow) on the chart below. Subdivisions of Minor degree are labelled i-v (orange) and Minute waves are labeled -1, -2, -3, -4, -5 (grey).  Beginning off of the March 2020 wave IV low at 6628 the NQ traced out Intermediate waves 1 (7995 high) and 2 (7376 low) with Intermediate wave 3 subdividing into 5 waves of Minor degree (orange) and within the advance Minor wave iii subdivided into 5 waves of Minute degree (grey).  Intermediate wave 3 peaked at the September high at at 12465 with Intermediate wave 4 completing at the September low 10656. It is from this point that Intermediate wave 5 began.  Within wave 5 – 5 waves of Minor degree continue to unfold – with waves i – iv complete and wave iii subdividing into its own Minute 5 wave advance.  Minor wave iv completed at February 2, 2021 low at 12727.  From that low it is possible to count 5 waves up complete at Friday’s closing high of 13820.75. However, before declaring Primary wave 5 complete and in turn Cycle wave III complete – I will look for confirmation via a 5 wave decline on the hourly chart.  Until that occurs the advance remains in force and likely to continue to extend higher.  Fibonacci resistance lies just above at 13831, 13870 and 13930. If additional extensions occur they would likely begin once a smaller 3 wave decline occurs. I would expect the market to hold above 13770 before picking up the advance again.

Once Primary wave 5 and in turn Cycle wave III are complete expectations would be for a Cycle degree wave IV correction to begin.  Once the completion point for Cycle wave III is in place I will be able to begin to chart out the expected move down using Fibonacci retracements.

Wednesday’s trade was very much in line with yesterday’s analysis, even with the adjustment END_OF_DOCUMENT_TOKEN_TO_BE_REPLACED