I don’t know about you but I’m over the hoopla and grandstanding about the SPX breaking about 1900 and how the economy is picking up momentum – ok, let’s all say hip hip hooray!  And talk about grandstanding – anybody else tired of listening to all the pundits and johnnies that want to lay claim to having the best or earliest or continued spot on market calls.

It is reminiscent of walking past a “Palm Reader” that has just opened shop and within a few months is gone.  If they were so convinced about their abilities to read the future by looking at your hands or a deck of Tarot cards; you would think they might have done the same thing and been able to foretell of their own failure.

Wednesday’s trade remains on the light side for the most part.  Again, outside of the NQ, there isn’t much to get excited about in terms of volume or strong 2-way trade.  This leaves things the same.  The broader indexes remain overbought up to an including the weekly charts as they continue to trade higher on light volume.  The trading action is more indicative of a trend exhaustion rather than a breakout point. 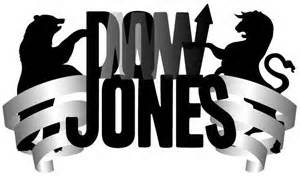 Thus far the DJIA and SPX have moved to new all time highs as the NDX and RUT remain below previous highs.  The NDX came within 10 points of reaching new recovery highs and may still manage to pull it off.  It felt that way today, and should it occur I doubt there will be anything to stand on as solid evidence of continuing higher.  Don’t get me wrong here – this is exactly what the doctor ordered – the finishing moves on the rally phase will continue for a bit longer.  I do expect another larger dip lower to occur before the ultimate tops are in.  In fact I again suspect the correction waiting in the wings to begin will be kicked off by some unexpected binary event.  The reaction will be swift and hard enough to scare the children.

The complacency factor is very high and the fear factor is very low it is the perfect set up for the unthinkable to happen – How can you not believe it is a huge set up, one that will not end well for many.  Keep an eye on interest rates; this is where the chain reaction will begin. Realize the implications of an increase or decrease, (highly unlikely with rates so close to zero) on the equities, forex, commodities, and precious metals markets.  I have started to nibble on long put verticals in a few ETFs.  With implied volatility at such low levels the theta risk is reduced substantially.  If the markets take a quick nosedive and volatility spikes up it should provide both directional value along with some premium expansion.

TWTR sprang back to life on Wednesday trading just under 67 million shares.  I guess all the insider sales are complete for now.  The stock had reach strong oversold readings as prices lost over 50% of value as the stock dropped from $74.73 to $29.51 in a just over 4 months.  I ran some simple retracement levels and pegged resistance at $38.50 and then $44.  A longer-term rally, which is too early to see, would carry potential for a run up to $48 to $53.  The momentum oscillators on the weekly chart have turned higher moving just above oversold thus far.  The daily oscillators sprang into overbought readings after Wednesday’s $3 or 10.7% rally.  If volume remains strong, two-way trade should prevail with nice moves in both directions.  The pattern thus far leans more towards the move being corrective with another dip below $29 likely.  If $38.50 contains the upside the probability of a quick drop below $29 would increase over the near term.

AAPL continues to hold the markets attention as both volume and good two-way trade remain.  The intraday range is still between $5 and $10 and Wednesday produced a declining wedge that produced consistent winners for day traders. I continue to expect trade to remain solid likely through June 2nd.  Check out today’s chart on $AAPL for trades and discussion.

Trading the number remains key to being able to reduce and separate the “noise” from opportunity.  This takes knowing and executing a well-defined strategy and allows you to see opportunities amongst the “chaos” and by trusting the mechanics of your strategy, be able to take advantage of them.

Opportunity continues to knock on our doors.  While it doesn’t come without risk, risk can be defined and more manageable. Volatility and broad moves are exactly what a day trader desires and being able to respond without questioning is a luxury many are unaware of.

Thursday’s trade was revealing and wild ending with the trifecta of surprises.  The upside END_OF_DOCUMENT_TOKEN_TO_BE_REPLACED